Russian Prime Minister Vladimir Putin has made his debut as a singer on Russian radio with his recent rendition of 'Blueberry Hill' set to dominate the dance floor. ­The Russian station Radio 7 said that it played a mix featuring Putin's vocals four different times on Wednesday. The remix was done by well-known DJ Smash (Andrei Shirman), who sampled a recording of Putin performing Blueberry Hill in December of last year while participating in a charity concert in St. Petersburg. Putin sang and played piano for the event. The video featuring Putin's performance of the song was been posted on YouTube and has thus far received over 2 million views. When the electronic version of the song was released, Shirman told Russian journalists that he hoped that Prime Minister Putin would use the song as his ringtone. This might be an unrealizable dream, since during a 2010 meeting with workers from Norilsk Nickel, Putin said that he didn't own a cell phone.
RT on Facebook: https://www.facebook.com/RTnews
RT on Twitter: http://twitter.com/RT_com 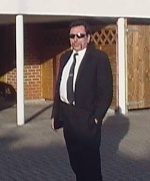